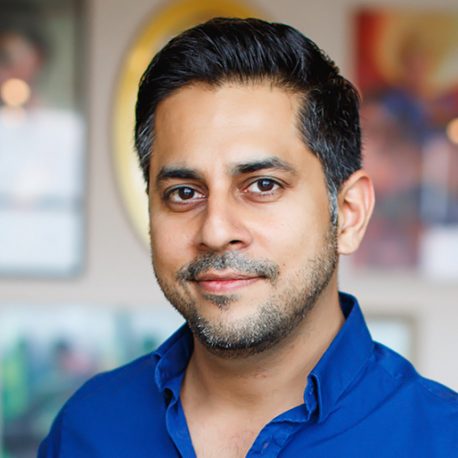 Born and raised in Kuala Lumpur, Malaysia, Vishen Lakhiani founded Mindvalley in 2003 while he was living in New York, after discovering the benefits of mindfulness and meditation to help him cope with a stressful sales career.

Mindvalley in the beginning was just a small e-commerce store that sold self-help programs and courses. “I started Mindvalley with $700 and a beat-up laptop in Starbucks,” is often how Vishen would begin the Mindvalley origin story. But in 2004, after he struggled to keep his US Visa, he moved back to Kuala Lumpur, at the height of a national brain drain and years before the birth of the startup ecosystem in Asia.

And so, he made it his mission to build one of the best workplaces in the world in Malaysia, despite the odds. Today, Vishen leads a 200-strong team of over 40 nationalities under a multi award-winning company culture.

In the past decade, Mindvalley has garnered a global reputation for being a leading edu-tech company, specializing in modern learning experiences and content, launching online academies and digital platforms that publish personal growth education in areas such as well-being, mindfulness, relationships, fitness, entrepreneurship, and more. The company has also been recognized by the likes of Forbes, The Huffington Post, BBC, and Inc. Magazine. Yet Vishen built Mindvalley with zero angel investors, venture capitalist money, or government grants.

“Our mission is to empower people to live healthier and happier lives, and unleash their fullest human potential (our tagline is Be Extraordinary), by introducing them to tools and ideas that are currently missing from traditional education systems,” said Vishen, who is determined to help revolutionize the global education system. “Our goal? To launch a school for one billion people worldwide.” 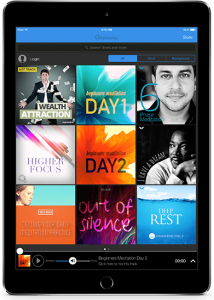 Meet the World’s #1 Meditation App in Over 30+ Countries

The Ultimate Meditation Experience: Try it Now for Free and Get 25 Tracks. Omvana gives you hundreds of world class meditation tracks for Focus, Peace, Sleep, Enlightenment, and More.

This program takes you on a step by step journey, using Vishen Lakhiani’s powerful framework for teaching, into stage 3 consciousness so you too can bend reality and live a limitless life. This framework is so powerful in delivering amazing results that it quickly garnered the highest ever customer rating for a product on Mindvalley Academy with hundreds of raving case studies. 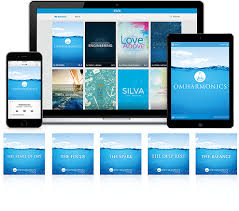 The Next Generation Of Meditation

OmHarmonics was created out of the need of a modern day alternative to traditional meditation audios. As founder of Mindvalley and a self-confessed personal growth junkie, Vishen Lakhiani wanted to usher in the next generation of meditation that could be applicable to all — regardless of their experience.

To create OmHarmonics, Vishen turned to one of the pioneers of audio meditation technology — Paul Hoffman.

As the creator of “Success Songs,” the “Sonic Access” program, and many other accolades (including the well known theme tune for “Have you driven a Ford lately?”, Paul was asked to bring his Multivariate Resonance Technology to the meditation field. Multivariate Resonance Technology is a proprietary sequencing of sound frequencies that are carefully sculpted to stimulate, balance, and activate the four holistic intelligences.