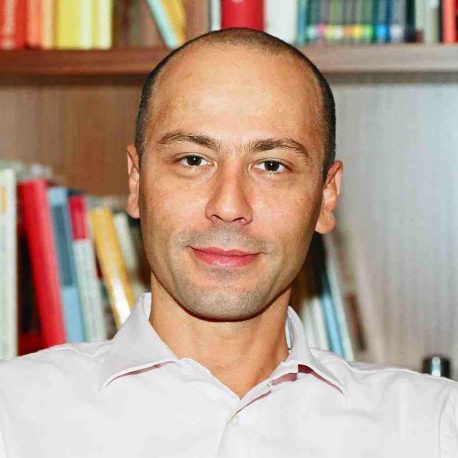 Dr. Gubert Finsterle is a philosopher, EAP psychologist, and leading-edge researcher in the field of psychoacoustics. His current work is focused on studying the effects of sound on neuronal communication to affect changes in a variety of brain processes.

As the owner of AVS Research, Dr. Finsterle has researched, developed, and patented the Psycho-Acoustic Transitional technique, which expands the brain’s capacity to communicate between disparate regions. PAT, using four speakers controlled by software (his unique AVS Virtual Audio Standard®), has shown marked increases in cortical communication and a functional reorganization of the brain’s default mode network.

Dr. Finsterle’s published research has demonstrated the technology’s benefits in treatment of psychological and behavioral disorders, including anxiety, depression, panic attacks, psychosomatic disorders, and insomnia. PAT and AVS have also shown marked ability to improve well-being in those suffering from tinnitus, migraines, dementia, schizophrenia, and autism.

Beyond the treatment of these conditions, Dr. Finsterle’s work shows quality of life improvements affecting mental and physical performance, and is an excellent path for musicians, artists, and athletes to easily access states of “flow” and peak performance.

For his discoveries and achievements in the field of health, Dr. Finsterle was selected by the Italian government to represent Italian excellence at the 2010 Shanghai Universal Innovators Expo.

In 2013, Dr. Finsterle filed a new patent application regarding a medical device that induces similar and stronger neuromodulating effects than the AVS system – only via two audio channels (headphones). This device and the particular sound complex created were both filed as medical devices at the Italian Ministry of Health in 2015, in particular for the treatment of tinnitus and related anxiety and depression.